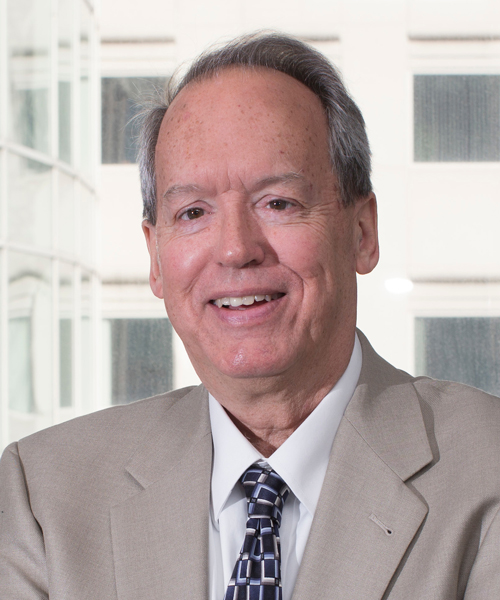 Dr. Dennis Hickey is the James F. Morris endowed professor of political science. His research and teaching interests include the International Relations of East Asia, National Security and American Foreign Policy. He has authored four books and was co-editor of three books. He has also published more than 50 scholarly articles and book chapters.

In addition, he has contributed dozens of op-ed pieces to newspapers, such as the China Daily, the Wall Street Journal, the Los Angeles Times, the Chicago Tribune, the Kansas City Star and the Taipei Times. He has also been interviewed by electronic media organizations including China Central Television (CCTV), Cable News Network (CNN) and The Voice of America (VOA); and quoted by print media organizations including the Associated Press (AP), Agence France Presse (AFP), People's Daily, China Times, China News Service, China Review News Agency of Hong Kong and the Singapore Straits Times.

In the area of service, Hickey has served as a consultant for a variety of U.S. governmental agencies, think-tanks and private firms, as well as served as director of the graduate program in international affairs and administration from 2000 to 2002 and from 2006 to 2008. In 1999, he was selected by MSU as a University Fellow in Research and he completed a second term in 2005. In 2000, he was elected to the post of deputy director of the American Political Science Association's Conference Group on Taiwan Studies and in 2002, he was elected to the post of director (term completed in 2005). In 2008, Hickey was a Fulbright Exchange Scholar at the China Foreign Affairs University in Beijing, China, and that same year he was named the James F. Morris endowed professor of political science. He presently serves as a research associate at San Francisco State University's Center for US-China Policy Studies and on the editorial board of the Journal of Chinese Political Science. From 2008 to 2010, Hickey was also a member of the Board of Directors of the Association of Chinese Political Studies.