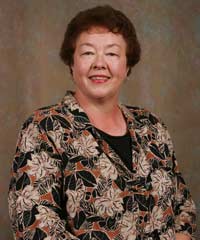 My area of specialization is rhetorical studies, with an emphasis in rhetorical criticism. Most of my pieces of criticism use the following critical methods: feminist criticism, rhetoric of self-justification (a form of generic criticism), rhetorical situation, narrative criticism and Toulmin's concept of argumentation. My research falls into the social criticism category rather than the category of criticism which produces or modifies rhetorical theory. Occasionally, my conclusions do modify a rhetorical theory, but that is not my goal or purpose for completing criticism. I am currently interested in Native American rhetoric as used in conflict situations and in women's rhetoric in the public sphere. My other interest is in nonverbal communication. This is not an area in which I complete research, but is a scholarly interest for teaching and for looking at public confrontational situations.