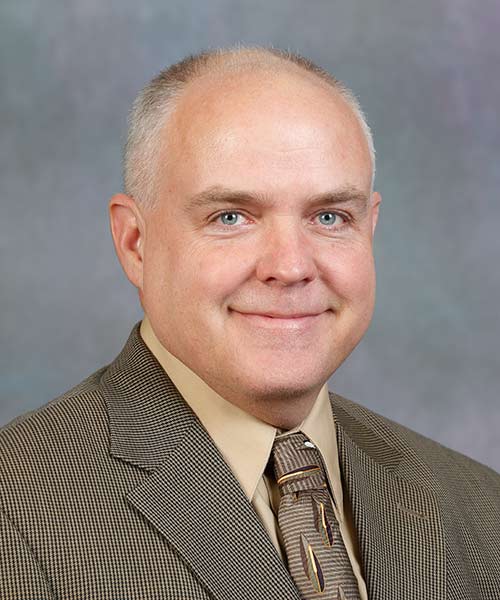 Dr. Thompson received his PhD in Marine Science from the University of South Alabama and an MPH and MS (Biology) from Missouri State University.  Dr. Thompson also received an undergraduate degree in biology and secondary education from MSU.

Prior to coming to Missouri State, Dr. Thompson was Lead Instructor for Biological Sciences at Ozarks Technical Community College.  During his time at OTC, Dr. Thompson taught classes in general biology, genetics and environmental science.

In addition to his academic background, Dr. Thompson is an Environmental Science Officer in the United States Army Reserves, currently holding the rank of Lieutenant Colonel.  During his time in the Army Reserves, Dr. Thompson has served as Commander for several units, including Preventive Medicine units in Missouri and Minnesota.  Dr. Thompson has been deployed to SW Asia and the Balkans.  While deployed, he served as the Director of Public Health for Kuwait and Chief, Preventive Medicine Services, Camp Bondsteel, Kosovo.