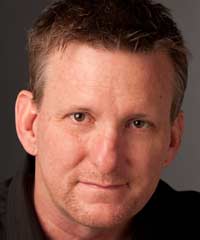 Michael Casey has been a familiar face in the Springfield Arts Community for the past 25 years. He has served as Resident Musical Director for Springfield Little Theatre, guest conductor for the Springfield Symphony Orchestra, conductor for Springfield Ballet’s The Nutcracker, and regularly performs with the Springfield Symphony Orchestra and the Ozarks Chamber Orchestra. Joining the faculty at Missouri State University in 1983, Casey currently serves as Musical Theatre Coordinator and Professor of Music, as well as Artistic Director for Missouri State’s Tent Theatre. Stage direction credits include the world premiere of Cicada Dance, Crazy for You, Into the Woods, Beguiled Again, A Chorus Line, A Grand Night for Singing, Footloose, Zombie Prom, Little Women, You're A Good Man Charlie Brown, Altar Boyz, How to Succeed in Business Without Really Trying, I Love You Because, the 25th Annual Putnam County Spelling Bee, and the recent Hammons Hall presentation of White Christmas. As Musical Director he has conducted over fifty musicals, including the Hammons Hall productions of Follies, Damn Yankees, Steel Pier, Guys and Dolls, and Oklahoma! A champion of new works, he conducted the premieres of Many Thousand Gone and The Red House (for which he received a Meritorious Achievement Award from the Kennedy Center American College Theatre Festival). As a performer he has appeared in virtually every venue in Springfield. In Branson he has worked with Shoji Tabuchi, Wayne Newton, John Davidson, Ray Stevens, Kenny Rogers, Bobby Vinton, Les Brown Jr., and Neil Sedaka. His musical arrangements have been featured by James and Judith Billings, the Springfield Symphony, Springfield Little Theatre, and Shoji Tabuchi, as well as regular performances by the Missouri State Pride Band.