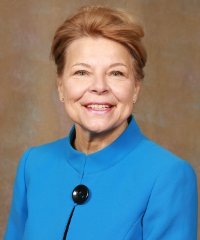 Dr. House is a past president of the MSU Alumni Association. She works year round in recruitment and serving the University. She is an active volunteer in the community. She is the Ladd Fairs’ Poetry-a-Thon reader, the reader for the state’s Writers Hall of Fame scholarship banquet and a guest director for the one-act plays at North Elementary in Ozark, Missouri.

She appears with Brad Pitt at Kickapoo High School as one of five people in their Hall of Fame. She was the national spokesperson for Carnival and Norwegian Caribbean Cruise lines, a 30 minute special that ran nationwide. Dr. House was a casting director and assistant director for a Hollywood movie, "FoxFire Light," staring well-known stars including Leslie Nielsen. She was the narrator for Jerry Hoover’s Jazz Christmas Special which ran numerous times on MSU’s Channel 21. She also traveled for Pepsi Cola as a public relations speaker.

Her favorite hobby is traveling. She has visited over 21 foreign countries, many of them several times.