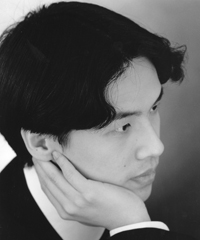 Dr. Wei-Han Su’s concert activities have taken him to the major cities of the United States, England, Russia, Italy, Korea, Malaysia and Taiwan. He has performed in such prestigious venues as the Purcell Room at the South Bank Centre, England, the Grand Hall of the Moscow Conservatory and the Hall of Columns, Russia. In 1991, he made his orchestral debut at the Queen Elizabeth Hall, London under the baton of Sir Simon Rattle. Dr. Su was a featured recitalist at the Walnut Hill Summer Music Festival in Boston, Massachusetts in 1999 and 2004. He has performed on concert series in Los Angeles and Washington D.C., and has recently made guest appearances in Pennsylvania, Kansas, Texas, Ohio, Arkansas and California. As a concerto soloist, he has appeared with the Orchestra Filarmonica Italiana, Cambridge Chamber Orchestra, and Springfield Symphony Orchestra among others. His compact disc recording of the music of Charles Ives with tenor Andrew Childs was released on the Centaur label in 2006. Dr. Su received the Bachelor of Arts degree with Honors from Cambridge University, the Master of Music degree and the Performer’s Diploma from the Royal College of Music, London, and the Doctor of Musical Arts degree from the Peabody Conservatory. His principal teachers include Boris Slutsky, Yu Chun Yee, Joyce Rathbone, and Yonty Solomon. While attending the Royal College of Music, he won the Chappell Gold Medal, the College’s highest honor for pianists. He has served on the faculties of the Peabody Conservatory, Peabody Preparatory and the Missouri Fine Arts Academy. He is currently Professor of Piano at Missouri State University, where he is the recipient of a University Award in Teaching in 2005.